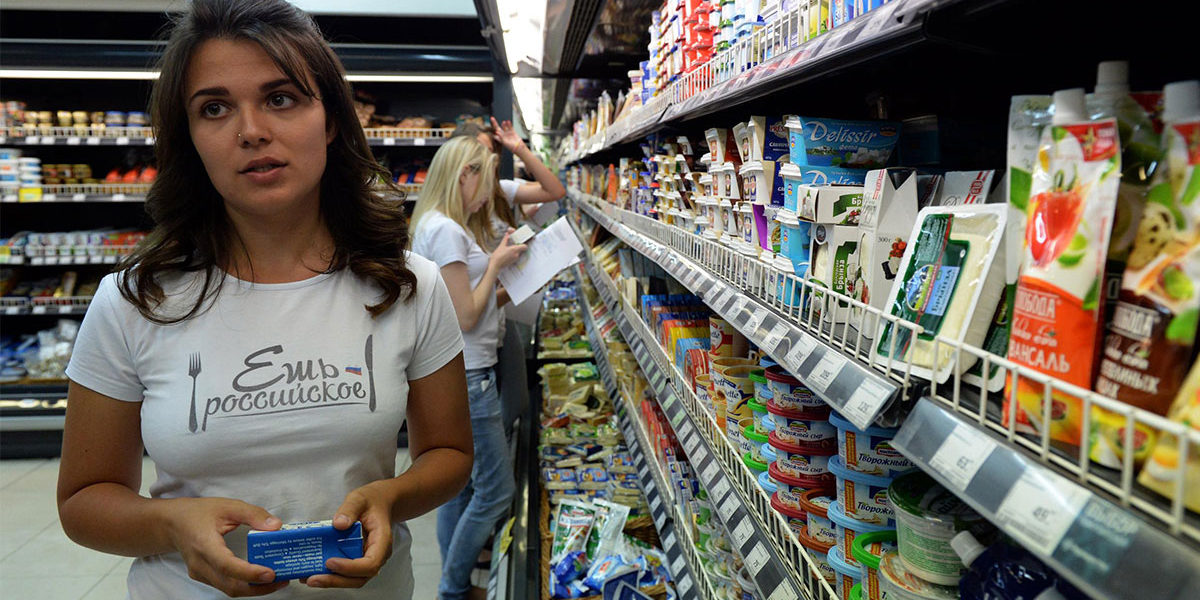 A little over a year after Russia banned imports of high-quality European dairy products, the country’s agricultural watchdog has said that almost 80 percent of the cheese in Russia’s shops is fake.

Local production of dairy goods boomed after the Kremlin responded to Western sanctions with a food import embargo. But many producers have been using palm oil, which is cheaper than milk, to pad out their wares.

The result is that 25 percent of all dairy products on sale in Russia are not true dairy, but charlatans, the Interfax news agency reported, citing an investigation by the Rosselkhoznadzor watchdog.

The cheese shelves were the worst affected, with 78 percent of cheeses recognized as fraudulent.

Residents of Moscow, one of the wealthiest spots in Russia, are luckier than most: Only about 45 percent of the cheese in the city’s stores is counterfeit, according to the investigation, which was carried between January and September.

Before the import bans were imposed in August 2014, 30-40 percent of cheese sold in Russia was imported, the RBC newspaper reported Friday, citing data from the Russian National Dairy Producers Union. Now, domestic cheeses account for 80 percent of the market, according to the union.

But as imports of milk declined following the bans, imports of palm oil rose sharply. Palm oil is widely used in the food industry all over the world, but its use in Russia is poorly regulated. Dairy producers that use palm oil are meant to declare it on their labeling and describe their goods as “milk products” or “cheese products,” but few do.

Authorities have already taken notice of the rising tide of fake dairy goods. In June, the State Duma proposed to limit the use of palm oil in the food production, and legislation to ban it was introduced last month.

However, the National Dairy Producers Union said in a statement on Thursday that Rosselkhoznadzor had exaggerated the problem. The union claimed that the share of fake cheese in the Russian supermarkets was no more than 20-25 percent.

Not everything about the import bans has been bad news, however. They have also sparked interest from both producers and ordinary Russians in how to produce foreign cheeses.

The number of online search enquiries for instructions to make home-made parmesan increased fivefold between July 2014 and September this year, according to data from analytics tool Yandex Wordstat, the Izvestia newspaper reported last month. Yandex also registered a doubling in the number of enquiries into producing mozzarella at home, the paper said.

Luzhkov, who has taken to farming in the Kaliningrad region since leaving office in 2010, told Izvestia on Thursday he planned to produce mozzarella, roquefort, parmesan and other cheeses that are made in Europe and cannot be imported.

Luzhkov promised his ingredients would be Russian, but the taste would be similar to the real things.